Non-extradition Countries- The Best Place To Run To

If you feel that you are being spied on, or being chased by a vindictive spouse, or perhaps are the target of a bounty hunter, then you need a safe place to live. If you had the option of flying to any country in the world in order to feel safe, then where would you go?

We are not encouraging you to break the laws and fraud creditors by running away from your responsibilities. However, if you genuinely are in a difficult situation and fear for your safety, then you need to think about an escape route.

You can think of migrating to a country which is far from your home country. Or perhaps fly to a country that has a stable law and order ecosystem. The one thing that one would worry about is the possibility of extradition from such countries. Your home country can ask a foreign country to extradite you. Whether their reasons for extradition are fair or not is a different question altogether. 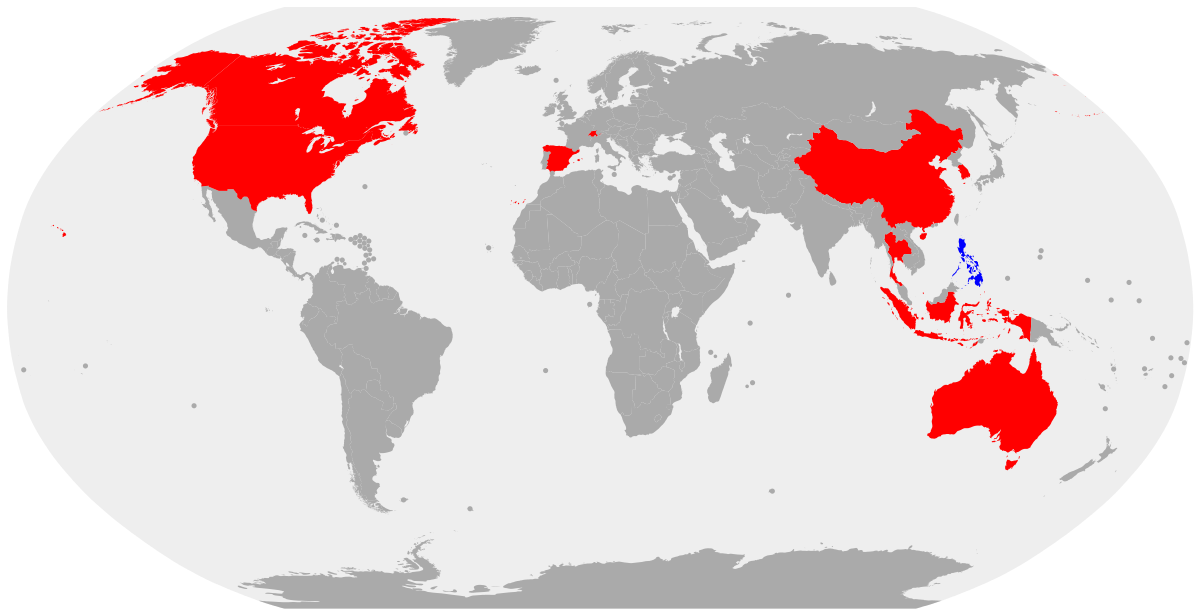 There is a difference between having no extradition treaty and not extraditing a citizen.  Having an extradition treaty means that there is an established way to hand over criminals/suspects to a country requesting extradition. The mechanism is clear and all the rules about the process are transparent.

Not extraditing is a choice that a country’s government makes. For example, countries like Brazil, Venezuela, and Cuba are known to not extradite their citizens no matter what.

A third scenario would be a bigger country pressurizing a smaller country to extradite a suspect even when no extradition treaty exists between the bigger and the smaller nation. At times (though very rarely), a powerful country can simply invade a smaller country and capture the suspect.

Countries without extradition arrangements with the US 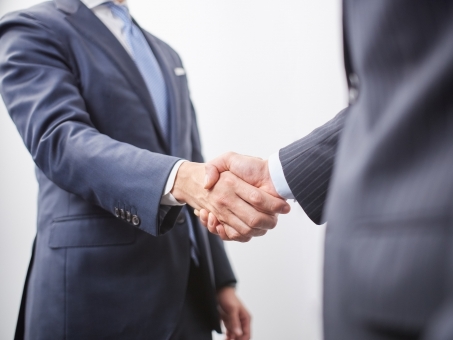 There is a list of countries which have not signed extradition treaties with the US. This list is long. Our article will focus on a select few countries out of that list. We believe that these few countries offer a reasonable level of lifestyle quality and could be of interest to nomads as well.

You will probably discover that not every non-extradition country is a hell hole. Western governments, however, are known to give up suspects when a powerful country like the US brings up charges against an individual. Even if the charges are frames, the chances of surviving the extradition request are considered grim in a developed western country.

So, where should one look?

Brunei is one of the wealthiest countries in the world. It is not exactly a model country when it comes to human rights and constitutional values. More significantly, Brunei has no extradition treaty with the US.

The Sultan of Brunei is especially well-known for his strong views on any other country meddling in the affairs of Brunei. That makes it difficult for the US or any other foreign country to pressurize Brunei into extraditing a suspect from the country.

While Brunei does have some strict social codes and Islam is the main religion there, if you follow all the customs and social rules, then you might just find the country to be a decent option for a short or long stay.

Let’s face it, China and Russia aren’t exactly best buddies with the US (or western democracies). They are big and powerful countries which can’t be pushed around. China does not have an extradition treaty with the US. People like Edward Snowden have managed to find refuge in Russia.

So, even though freedom and democracy may not be present in Russia or China, they are strong candidates for countries which won’t extradite citizens of foreign countries very easily. China is so large and diverse that one can live any sort of lifestyle there. One can live like a backpacker or splurge big and live five-star. Whether it is short-term or long-term, a wide range of durations of stay can find a solution in a place like China.

Gulf countries like Saudi Arabia, Kuwait, Qatar, Oman, Jordan, Lebanon, and the United Arab Emirates do not have extradition treaties with the US. However, that does not mean those countries would welcome people in search of “safe havens”.

In fact, these Gulf countries have publically communicated that they are not very enthusiastic about foreign nationals using their countries as escape destinations. The gulf countries despise being seen as “safe havens” for suspects and criminals.

While all of these countries are Islamic and have strict social rules, places like Dubai are quite cosmopolitan. There are more air-conditioned shopping malls in places like Dubai and Abu Dhabi than anywhere else. The weather may be desert-hot, but it isn’t a shabby place to lay low for a while.

The deposed prime minister of Thailand has also found refuge in Dubai and so have leaders of countries like Pakistan. If you do decide to move to a Gulf country, just make sure you don’t take an Israeli passport with you. Even an Israeli visa stamp will be looked upon with suspicion.

If you feel more comfortable staying in Europe rather than going to the Middle East or the Far East, then Montenegro is an option worth exploring. The country is not part of the EU. Hence, it can offer certain privacies while still letting you enjoy the benefits of being in Europe.

There are decent lifestyle and investment options in Montenegro. Plus, the country does not have an extradition treaty with the US. Neighbors like Serbia and Croatia do and that makes Montenegro a better option.

The nature and climate of Montenegro are beautiful as well. It is a rather pleasant place for a refuge destination.

Eastern Europe has certain regions that are growing very well economically. The banking scenario in Ukraine and Moldova is very favorable to nomads and foreign businessmen. Those countries offer some of the highest interest rates in the world on savings accounts.

Ukraine and Moldova are two East-European countries that do not have an extradition treaty with the US. So, you combine high interest rates, low risk of extradition, and a reasonable economic situation, and what you get is an interesting option for a safe haven.

ASEAN is a dynamic economic region in Asia. Many countries here are economically well-developed. Most of those countries also have close relations with the US. However, there are a few countries in the ASEAN region that do not have extradition treaties with the US. Vietnam and Cambodia are two such countries.

Vietnam and Cambodia are also high-growth economies. You can find some decent entrepreneurial opportunities there. North Asia is home to China, Japan, and the two Koreas. While we do not recommend going to North Korea, we definitely would point out Mongolia.

Mongolia does not have an extradition treaty with the US. It is also not very diplomatically close to the US either. Mining is a big industry in the economy there.

If a cold climate is not your thing, then head over to the beautiful Maldives or Vanuatu. Both these island nations do not have an extradition treaty with the US. Vanuatu is also a tax-free country. It has a very interesting citizenship-for-investment program as well.

Another option worth exploring is the Maldives. You may know these islands for the beautiful blue water that you see in postcards, but the economy has more things going for it than just tourism. Real estate development is also an opportunity open to entrepreneurs. Plus, little chances of extradition to the US without a treaty.

Indonesia is a decent option if you like living in a city. While Bali is already a well-known base for many nomads, Jakarta is one of the cheapest cities in south-east Asia. Indonesia also has not signed an extradition treaty with the US.

You might think of Africa is a no-go place. However, certain countries on the continent are bustling with economic opportunities. Ethiopia and Botswana are two star economies of east Africa. They also have no extradition treaty with the US.

If you like the beach, then Tunisia in North Africa is worth a peek. Uganda also has similar characteristics as Botswana and Ethiopia.

Citizens of the UK….

Citizens of the UK will find that many of the countries mentioned above also do not have extradition treaties with the UK. Additionally, UK citizens can look at countries like Azerbaijan, Armenia, Belarus, Georgia, Kazakhstan, Korea, and Cameroon. 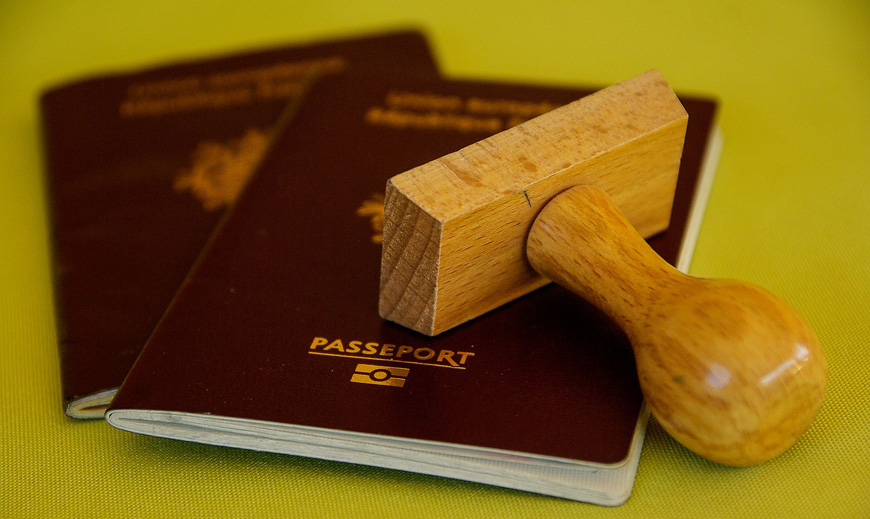 Citizens of other countries

It is always best to read up on countries which do not have formal extradition arrangements with your home country before diving deep into researching a particular destination. You should read up on the rules and regulations of any potential country that you plan to choose as an escape destination.

The economy, political scenario, and the social code is something that should be understood well before taking any major decisions. As you may learn from your research, countries that seem dangerous and undesirable are actually quite good for short-term or long-term refuge. Do not always go by mainstream media reports. Do your own research.

if you want to know more about Non-extradition Countries- The Best Place To Run To contact us now.