US tax laws are some of the strictest in the world. If you are a US citizen, then it does not matter where in the world you live. You must pay taxes on all your domestic and foreign income. The only way to stop paying taxes to the IRS is by surrendering your US citizenship. 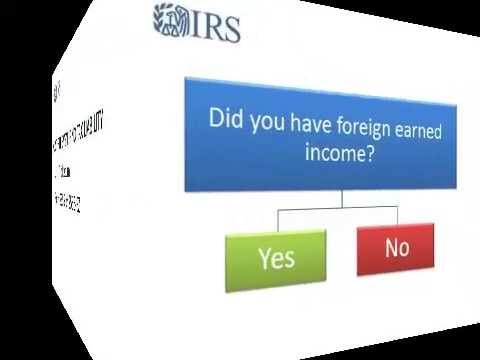 For most US citizens, the question isn’t whether the pay taxes or not. Rather, the question then becomes how to best optimize tax outflows. One area worth knowing about in order to legally minimize your taxes is Foreign Earned Income Exclusion or FEIE.

The FEIE provision allows US citizens to exclude the first $104,100 of their income when calculating taxable income for federal income tax. The limit goes up to $208,000 for a married couple provided that the spouse also qualifies for FEIE and earns income abroad. This threshold or limit adjusts annually based on the rate of inflation. As of 2018, the threshold was $104,100.

While laws relating to FEIE have not changed for decades, the recent Trump tax reform has brought in some interesting changes. Therefore, it is important to understand in detail the concept of Foreign Earned Income Exclusion and how its provisions can be used to formulate your offshore tax strategy.

The FEIE is an American version of tax non-residency procedures that are commonly used by various countries around the world. For example, countries like Australia charge an “exit tax” to an Australian leaving the country. But once the exit tax is paid and the person leaves the country, no tax has to be paid to Australian authorities till the person returns back to the country.

The US does not have such provisions. In fact, not only US citizens, but also permanent residents (green card holders) have to pay tax on their worldwide income. The only way to minimize that tax outflow is by claiming FEIE on an allowable amount of income.

The IRS (for the purposes of FEIE) bifurcates foreign earned income as either active income or passive income.

Active income is income earned by working actively in a job, as a contractor, as part of a self-employment setup, or salary paid by your own business. Bonuses are also a part of active income.

If you live and work in a foreign country for a US business or a US client, then that is also considered to be active income.

It does not matter if you get paid in dollars or local currency. If you perform some kind of work or impart some sort of service in a foreign country, then the income which you earn is considered to be active income.

If you invest in stocks, forex, cryptocurrencies, real estate, or if you trade frequently online while in a foreign country, then all such incomes will lead to passive income for the purposes of FEIE.

Passive income is not exempt from income tax as per the provisions of FEIE. For a professional trader or for a real estate professional whose primary business is to flip houses and sell them, it may be possible to classify some of the passive income mentioned above as active income.

However, expert advice from an experienced professional would be needed in such cases.

The existence of a large amount of passive income tends to compel some individuals to give up their US citizenship in order to avoid substantial tax outflows.

There are some other types of incomes which also do not qualify for the Foreign Earned Income Exlusion provisions:

If you happen to spend a substantial amount of money on housing, then you can add what is known as Foreign Housing Credit on top of your regular FEIE limit. You can exclude from your taxable income all amounts paid for housing which are greater than 16% of the FEIE limit.

The more expensive the home, the more you can take advantage of this provision. 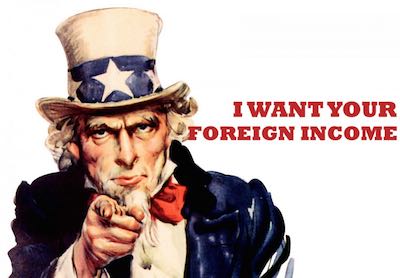 Whom does the FEIE benefit?

FEIE provisions tend to benefit people who are on the move. We are talking about permanent travelers, freelancers, digital nomads, consultants, tech business owners, vloggers, and people who are into flag theory.

Expats who are working a job in a country that has a lower tax rate than the US also benefit significantly from the FEIE. For example, if a US person works in Dubai where there is no income tax, then that person only has to pay US taxes on his Dubai income.

But, by taking advantage of the FEIEI provisions, he can save taxes on the first $104,100 of income and pay taxes only on the remaining portion of the income.

Now that we know what the FEIE can help someone with and what its benefits are, let us also understand what FEIE isn’t and what it cannot do.

Firstly, the FEIE does not give you a complete exemption from paying taxes to the IRS. If you want complete freedom from the IRS, then the only way is by renouncing your US citizenship (or giving up your green card if that is the case).

Having said that, it is possible (in some cases) to see a US person’s tax outflow come down to zero via the provisions of the FEIE. However, you still have to file your taxes and submit the necessary forms.

Secondly, the FEIE does not exempt you from self-employment income tax. Taxes on social security and Medicare will also need to be paid if applicable. This self-employment tax is applicable to the total income and not the income after adjusting for FEIE exemptions.

The IRS defines self-employment as someone who works for themselves. That person does not need to be officially registered as a sole proprietor. Even having a US LLC can lead to self-employment taxes.

Now if your US LLC can be turned into a foreign company, then you might get tax benefits since you will be paying for social security and Medicare in the country where you work and live.

Thirdly, the FEIE does not replace or exempt state taxes in certain states. The FEIE is a federal provision and it mainly applies to federal taxes. There are 45 states in the US that also apply the same provisions of the FEIE to their taxes and thus you don’t have to pay state taxes if you are from one of those 45 states.

However, if you are from Colorado, South Carolina, California, New York, or Virginia, then you will have to pay state/city taxes regardless of what is going on with your federal taxes.

One way to get out of this problem is moving to one of the 45 states that have rationalized their taxes with the FEIE provisions. Once you move to that state, you can then move out of the country.

It is always best to look into the city, state, and municipal level taxes where you currently live and work and work with a trained professional to understand the tax rules in your location.

Once you have all the information, you can then plan out how to best move out of the US and optimize your taxes.

Fourthly, the FEIE does not reduce or downgrade your tax bracket. While you are allowed to exempt the first $104,100 of income, the IRS will still count that income to classify your tax bracket.

You may end up paying taxes on a lower taxable income, but the rate of tax will be decided by your tax bracket which will take all of your income into account.

Lastly, the FEIE does not eliminate the tax of the foreign country where you plan to live. Each foreign country has its own rules regarding taxes. Hence, you must study the tax rules of multiple countries before choosing the best place to move to.

While the FEIE may exempt you from paying taxes on $104,100, any amounts above that threshold will be taxed by the IRS. In addition, you will also have to pay taxes to the foreign country’s government where you live and work. A place like France, for example, has a high 45% income tax rate.

Therefore, it is always advisable to choose a low tax (or zero tax) country to move to. Only then will you save on taxes. Otherwise, you might end up paying more tax than you would in the US.

The US does have tax treaties like double taxation avoidance treaties with specific countries. Such treaties can resolve the issue of having to pay taxes to the IRS and the foreign country’s government.

So, working with a trained and experienced tax professional will help you in figuring out which country to move to in order to best optimize your taxes.

Qualifying for the FEIE

In order to qualify for the benefits that FEIE offers, you have to have a home outside the US in your desired foreign country. Next, you need to have income within that foreign country.

And lastly, you need to pass the physical presence test or the bona fide residence test to prove that you are not living in the US but are living abroad and therefore qualify for the provisions of the FEIE.

if you want to know more about Foreign Earned Income Exclusion contact us now.