Surviving the Coming Economic Collapse in 2020

An economic collapse would mean a grinding halt of economic activity. It would mean banks closing down, trucks stopping on highways, lack of food in the supermarket, high unemployment, no access to electricity and water, and a whole bunch of other hardships.

Even though there are a lot of systems and checks in place to prevent economic collapses through financial or military reasons, you never know. Even rising sea levels from climate change, something which is not in our control, can cause more economic devastation than the Great Depression.

Keep your assets in a liquid form. The assets should be such that you can withdraw or liquidate them in the form of money within a week. 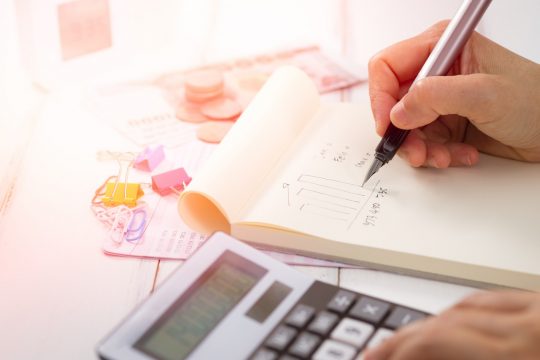 Cash tends to lose value quite quickly during an economic collapse. There might be hyperinflation to contend with as well. The best option would then be to keep your wealth in the form of gold. You do not have to exchange all your money for gold. You can keep some part of your wealth as currency (bills of different denominations) and some part as gold. Gold coins can prove to be quite handy during an economic collapse. They are equivalent to small denominations and are not too cumbersome to carry around.

Stockpile essential items. These include food, water, and medicines. It is almost like preparing before a storm or a hurricane. Think that if you won’t have the chance to buy any essential items for a few months, then what would you need to store for the long term. You should probably look at having about 3-4 months of supplies stocked up.

Learn skills that are different from your current job and that can be used in a traditional “less-developed” economic environment. Farming, cooking, and repairing cars or basic machines can be learned while you still have the chance to learn them. You can try and learn how to make things like candles, rope, rocket stoves, and shoes from old tires. Such items can then be used as barter for trading.

Have an up-to-date passport so that you can leave the country at the drop of a hat. Go one step further and research countries that you can migrate to if you ever had to leave your home country. Take a vacation to some potential countries and check out how they are. During an economic collapse, there is literally no time to do research.

Maintain good health. You will need to be physically fit if you have to live off the land. You will need to know hunting, fishing, and foraging. Learn how to start a fire without using matchsticks. Go on camping trips and live amidst nature, in an area that is not very populated. Learn how to find clean water and how to build a wilderness shelter. Think about winter survival and how you can stay warm even when being outdoors or in a wilderness camp/shelter. That sort of experience would be a good simulation of a potential situation which you may have to face during an economic collapse.

It is also important to learn a little bit of self-defense. Whether it is karate or other martial arts, do a basic course if you can. Law and order tend to get diluted during economic collapses and you should be able to defend yourself and your family if the need arises.

Practice living in a self-sufficient and self-sustaining way. That would mean growing vegetables in your own garden, or perhaps setting up a poultry farm at your place of residence. You can also use water which is from natural sources like a borewell rather than use water that your city or town council supplies. Use solar power rather than electricity. All essential items and services may not be accessible during an economic collapse. Hence, you need to make arrangements for all such services and essentials beforehand.

Try to assemble a community or group of people who can all learn a different skill. That way, if an economic collapse occurs, your group can band together and help each other out. Someone can hunt, someone can fish, someone can cook, someone can do construction, someone can sew clothes, and so on. The people who know defense and fighting can work towards the security of the group and its resources. Teamwork is important when you have to get through difficult times.

if you want to know more about Surviving the Coming Economic Collapse in 2020 contact us now.